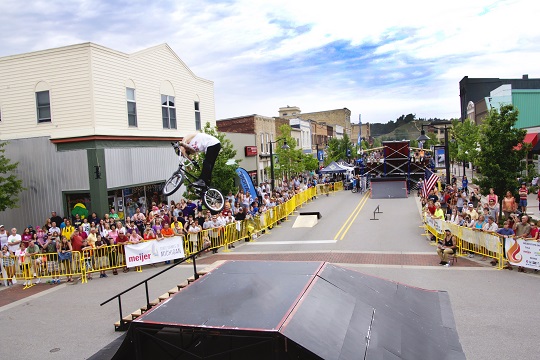 Posted at 11:00h in Uncategorized by Kurt AGA Nation
Share

What is it that separatesAction Sports from more traditional sports like Baseball and Football?

Whenyou ask that question, the assumed position is that our sports are somehowinferior.  The inevitable follow up goes something like ‘How do we get tothat level?’ or ‘What is stopping Action Sports from having such a large fanbase?’

Thoseare fair questions, but rather one-sided.  You could ask one-sidedquestions that have the reverse effect such as ‘Why doesn’t baseball account for an individualathlete’s style?’ or ‘How come basketball hasn’t noticeably progressed indecades?’

Theonly real answer I can muster is that, while both may require substantialathletic ability, they are total different animals.

Howexactly you define people doing stunts with various objects has changed quicklyin recent history.  First, they were stunt men.  Then, ascompetitions began to emerge a few decades ago they became ‘Extreme Sports’. From there, competition became more ubiquitous and accepted, so the namechanged to ‘Alternative Sports’.  They werenot the extreme fringes anymore. ‘Stunts’ fell by the wayside and ‘Sport’ emerged.  Now, a time whenmost youth with have some engagement at some point with our sports, we are inthe age of ‘Action Sports’.

Yeteven today, although largely unsaid, what exactly constitutes an ‘Action Sport’is a gray area.  Snowboarding?  Duh.  BMX?  Yes. Skateboarding?  Absolutely.  Rally Car?  Eh…. Those who stand tobenefit from that classification would like to think so.  Whileimpressive, I’d say its better defined as NASCAR in the woods. Scooting?  Hell no! (my opinion)  And the list can go on.

Backto my main question… what isthe difference?  Well, to me the main difference is that Action Sportsrequire you to overcome your fears in addition to athletic ability whereastraditional sports just require hard earned skill.  Not thatregular sports have no physical risks, they are just far less prevalent and farless drastic.  No football player ever had to run a drill into a foampit.

Andthat is where I believe the buck stops.  Sometimes its hard to see thefuture from the present but if I had to guess, I’d say our days of being largescale like the NBA, for example, are still a ways off but on the horizon. If we’re talking about athlete salaries or ticket sales then time as partof main stream culture is the biggest difference in my mind.  Therewas a day, not that long ago, where kids played Baseball in a field for fun andthat’s where it ended.  All this monetization, infrastructure, marketingand idolization took the NBA decades to create.  And although our sports’future will look far different from today’s Sports Center, at some point when our fans have grown up a little,that type of culture will exist for us too.