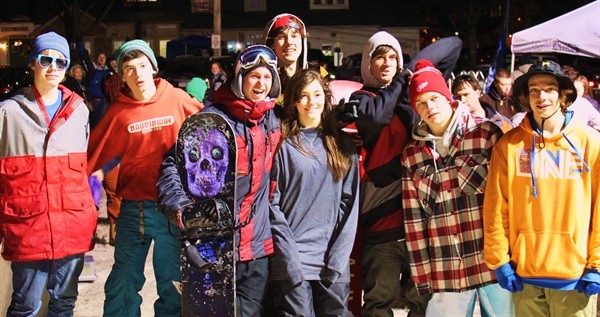 Posted at 23:12h in Uncategorized by Kurt AGA Nation
Share
So you want to be sponsored?
The elusive dream of every young action sports kid is….of course…. to be sponsored!  Well my young, ambitious friends, brace yourselves because its not always what you think.  This is a grown up perspective on the matter, but I too have been in your shoes.  In my riding life I started with no sponsors at all then moved up through the ranks at my friend’s t-shirt company.  From there I got flow from Albe’s BMX mail order and I rode for Levi’s and a few other companies along the way.  Some of my best friends over the years have had pro level sponsorships from major companies that pay very well (of which I knew plenty of detail) and now I personally work with a number of sponsors on several different action sports related programs.  So in short, I get what its about from many angles.  Knowing a few basic, maybe surprising, things can really help you if a sponsor is what you want.
Sponsors do NOT sponsor kids because they are good at their sports.  Do not confuse this to mean that sponsors do not sponsor talented people that deserve it, they most certainly do.  But skill at any sport by itself is largely meaningless to a sponsor without that skill being possessed by someone who is also marketable.  Sponsors sponsor people to achieve marketing goals, period.  If it helps the athlete, even better, but the company doing the sponsoring is not being altruistic.  And sponsors want someone who is not simply marketable but also marketable in a way that the company doing the sponsoring feels is inline with the image they want to put out there.  Allow me to give you an example.  Lil Wayne is marketable.  To prove this you just have to look at what he gets paid from various places.  Mt Dew saw potential in his marketability so they signed him to a 7-figure deal, not because of his ability to put words on a beat but because they thought he could sell soda.  Then a controversy happened with him and his lyrics about an historical victim of hate crime (surprise surprise) and MT Dew then decided he was actually going to hurt the sale of MT Dew so they dropped him.  Its not because his ‘skill’ as a rapper changed, it didn’t.  Its because MT Dew’s thoughts on how to best sell MT Dew changed in the face of an evolving controversy.  Personally I think MT Dew was being hypocritical since his lyrics were obviously offensive before they inked a deal, and it was ok to sponsor him then, but that point is for another blog post.  So work hard to be talented, but realize that is but one ingredient.

Sponsors don’t like brats.  But you say ‘Ron, my friend is sponsored and everyone thinks he’s a turd’.  Well, I didn’t say that brats don’t get sponsored.  If you beg and beg for something then there is a good chance eventually someone will give you something just to shut you up.  However when you act like a brat, that is to say when you act immature and annoy people that have the option to either help you out or not help you out, then chances are good that they will pass an opportunity on to someone else who doesn’t annoy them instead of hooking you up.  I hire a lot of BMX riders and I pick and choose who gets a job and who doesn’t based on character all the time.

Talent is only one factor, and not even the most important one.  I am pretty sure everyone I have ever met that is in a position to sponsor or hire action sports kids would agree.  If someone is so undeniably talented that they deserve recognition no matter what they act like…then chances are they will get it to some degree.  Bad news kids, I can count the number of people that are that talented on one hand…..and they are all happen to be pretty cool.  When you act like a brat you stand in your own way.  If you manage to get somewhere anyway then guess what…you’d have gotten a lot further if you conducted yourself better.  When you beg for sponsorships or act like a childish brat you annoy the people that have the option to hook you up.  When you are talented and respectful people notice and that is the HUGE step toward getting sponsored.