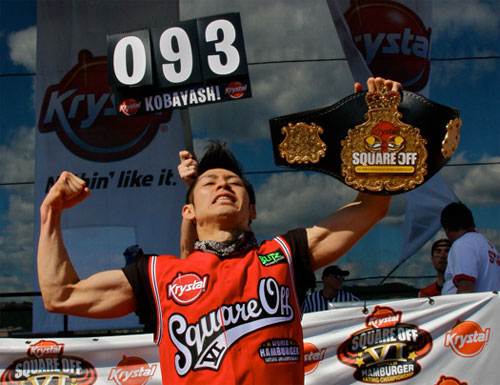 Posted at 20:08h in Uncategorized by Kurt AGA Nation
Share

This is, in effect, the message they are sending by deciding to award X Games medals to professional video game players beginning this year at the Austin X Games.

Before I state my case, however, I want to first say that I feel no particular way, good or bad, about Major League Gaming (MLG).  Yes, I think that kids, more now than ever, need to get off their asses and be active.  But ensuring that that happens is not the MLG industry’s load to lift.  I don’t play video games personally; they don’t interest me at all.  But people who do, and there are many, deserve organized, even professional level competitions if they enjoy them and the market can support them.  They are not, however, by any stretch of the imagination, athletes.

I’ve been involved in Action Sports for nearly 2 decades and they have been my profession since I graduated high school 12 years ago.  I’ve been a competitor, a show rider and an entrepreneur.  I was brought up on the X Games, I aspired to one day stand on that podium and receive an X Games medal.  After all, on that podium you are in the most elite of athletic company.  The amazing rush Travis Pastrana must have felt when he stood up there after making America’s heart stop by double back flipping a motorcycle.  The resolve Tony Hawk demonstrated when he stood on that podium after trying and trying and trying…and of course eventually succeeding at what we all thought impossible at the time, a 900 on a skateboard.  Winning one of those medals is a very special thing few humans could ever understand.  I never will, though I tried like hell and sacrificed my safety for years, I failed in that endeavor.  If you have an X Games medal, you can rightfully view yourself as a man amongst men.  Dave Mirra was the first true athlete in BMX freestyle, his determination and his take on BMX forever changed the trajectory of our sports, which is why he has earned more of these prestigious X Games medals than anyone else ever.  Do we, the people of Action Sports, want to see our best share the podium with ‘gamers’ who’ve never had to conquer any sort of fear in pursuit of their goals?

X Games plans to award X Games medals to winners of their gaming competitions.  According to X Game’s website “Joe “Merk” Deluca…will be at X Games Austin because his team finished second in last month’s COD (Call of Duty) championship.  “I want to win an X Games medal,” Deluca said. “That would be a dream in itself.””

Of course Deluca would be honored to win an X Games medal, he wouldn’t even have to do so much as roll in on a 3ft tall quarterpipe to join the ranks of Bob Burnquist, much less compete and win on a 27ft tall quarterpipe like Bob has done.  Its a disgusting shortcut that undermines what an X Games medal represents.  This spits in the face of those that have forwarded the X Games brand with fostering hard-earned, exceptional and dangerous talent.  Does anyone thing event the best gamer in the world deserves to stand next to Daniel Dhers on an X Games podium?

I think the X Games executives are making a terrible mistake here, and I don’t say this as a simple-minded, hard-core Action Sports junkie either.  I’m painfully aware of many of the X Games’ troubles.  I personally flew to LA to attend last year’s BMX Big Air and I can tell you this, I’ve done high school shows for larger crowds then were in the stands that day.  The level of riding was phenomenal, the level of attendance, pathetic.  I, personally, donated the use of a mobile skatepark I built to the X Games bid in Detroit last summer when Detroit was trying to woo ESPN folks into choosing my city over Austin.  X Games tried to launch an international series last year that failed, big time.  Need proof?  They signed multi-year contracts with host cities across the world and then backed out of them after just 1 year.  I can only imagine the penalty ESPN must have paid, the embarrassment ESPN must have endured by breaking these agreements, but they decided it was better for them to do that then to actually go through with producing the events as agreed.  They made a pragmatic decision to stop, what they must have expected to be, much financial bleeding.  America, by and large, seems fatigued with Action Sports, at least insofar as what is currently seen as the X Games style of them anyway.  Action Sports started out as a spectacle, as a bunch of crazies flipping these machines and trying to break their necks.  Now, in large part thanks to X Games, so many people participate in them that they are seen as sport rather than spectacle.   The ‘show’ part has been so effective, so widely circulated that it has largely diminished its own potency.  The wow factor has faded a bit because so many people actually participate these days.  While the sports themselves seem to have evolved into something much greater than simply show, X Games seems to still see Action Sports as a circus to which they are still striving to be the Barnum and Bailey.

But lets not discredit ESPN, or their brand of the X Games, for the many great things they have done.  They were the first real, major outlet to lend any credibility to these sports that have since, to a large extent, dictated American culture.  Lil’ Wayne raps about skateboarding, Ryan Sheckler got a TV show about him doing whatever, Mat Hoffman is a living legend, every bike at Walmart has a gyro and when you go to the gas station you can pick up Shawn White chewing gum.  Not long ago, the only place you saw BMX was in BMXplus, and you had to subscribe to that because you would never find it at a store.  Major mainstream sports, I’m talking Baseball, Football, etc… have all done very well for ESPN.  They, no doubt, had intentions and wishes to do the same thing with our sports.  I believe it is fully possible to penetrate mainstream markets and grow what we do into the next ‘America’s past time’ but diminishing X Game’s credibility, cheapening what an X Games medal represents, squandering X Game’s brand equity by using it to drive gamers to a live event is counter productive and short sighted.  If the folks at ESPN want to grow professional gaming of any sort, be it poker, video games, hell…even bowling, then they should do just that.  But to associate this sort of game playing with real athletics, and in particular athletics that take a tremendous amount of personal courage…well, that’s simply misguided.

Instead of X Games medals, why don’t we award gamers Stanley Cups?  A World Series trophy perhaps?  Ill tell you why not, because that doesn’t make a damn bit of sense and would be an insult to the athletes.  Their respective unions and leagues would never allow it.  Maybe we need an overarching Action Sports Union, but that is a topic for another blog all together.

Give gamers a tent at the X Games festival village.  Hell, even give them prize money.  But please, don’t cheapen what so many of the stars you helped to create have risked their lives……even died in the pursuit of by bestowing that same honor on gamers.  Its simply different.

There are many non-circus like ways the X Games could turn the global phenomenon that is Action Sports into something as big as the NFL.  They could work with national school programs to install regulation skate park style equipment at high schools across the US, they could develop a professional farming system that could then also foster local and team style allegiances and grow their ratings in the process.  Value in kind subsidies from ESPN to local leagues, in the form of media coverage, could help do all this for them.  But this gaming idea, this cheap ploy justified in nothing more than shaky demographic similarities, is short sighted at best.  I’ve been an engaged fan of the X Games since its inception, a fan that has witnessed many of X Game’s mistakes over the years.  I remember barefoot water skiing and super-modified shovel racing.  I recall Biker Sherlock’s, well…locks.  If you care about Action Sports, or especially, if you rely on them for your livelihood then you should help me send a message to ESPN that video games are cool and all….but….ESPN, if you’re listening, professional hot dog eaters don’t deserve Super Bowl rings just like gamers don’t deserve X Games medals