Posted at 17:27h in Uncategorized by Kurt AGA Nation
Share 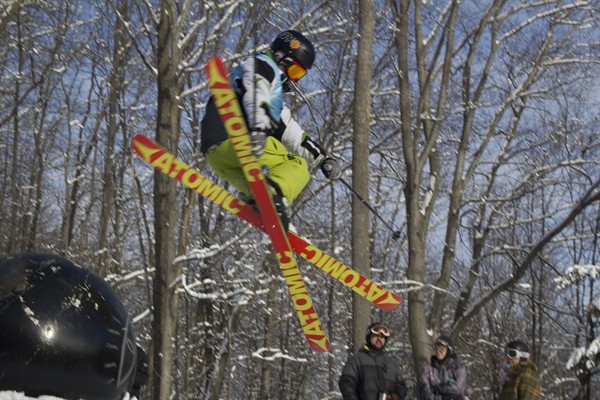 “We’re very excited to once again host the Finale of the Monster Energy Cup Series at Schuss Mountain’s Monster Park,” said Chris Hale, vice president of Shanty Creek Resorts. “This has quickly become a great event that features the region’s best skiers and riders showcasing their skills at the region’s best terrain parks. With the snow already falling, we’re looking forward to another great winter season in 2013/14.”
Added Monster Energy’s Howard Rosner: “Last year’s Michigan Monster Energy Winter Cup Series, fueled by the legendary Monster Energy after-parties, was a resounding success and we’re pumped to be back at Crystal Mountain, Boyne Mountain and Shanty Creek for the 2014 winter season. This year, in addition to the Michigan Monster Energy Winter Cup Series featuring bigger and better prizes, we’ve also added a College Team Competition that’ll for sure wick up the amplitude even higher.”
As Rosner mentioned, the College Team Competition – new for the 2014 Monster Energy Winter Cup Series – will showcase universities’ top male and female freeskiers and snowboarders in a season-long competition culminating with the crowning of the series champion at the Shanty Creek round – $1,000 and an M-claw trophy going to the No. 1 university.
“The USCSA’s Michigan Division is extremely excited about the new partnership with Monster Energy. With the introduction of slopestyle skiing and snowboarding to the Olympics this year, there could not be better time to expand our competitions to include more freestyle aspects,” said Scott Lymburner of the United States Collegiate Ski Association. “We look forward to working with Monster for many years to come.”
With cash prizes and Monster Energy swag going to the podium finishers at each round, winners of each of the four divisions will also vie for the coveted silver Monster Energy M-claw series points championship trophy, along with a Relay XD camera.
The hits just keep on coming as Monster Energy will host their epic after-parties at all three rounds. Fueled by Monster Energy well into the night the after-parties will feature DJ/bands, door prizes and plenty of Monster Energy swag. Best yet – they’re open to everyone!
For additional details or to pre-register for any of the 3 event stops, please check out www.aganation.com
###
Tweet
Pin
Share
Share
0 Shares