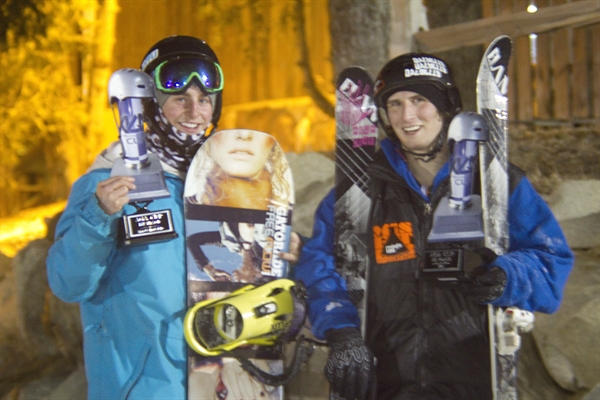 Posted at 19:47h in Uncategorized by Kurt AGA Nation
Share

Micah Ivey is now a ‘back to back’ AGA Cup champ after winning yesterday’s Big Air competition @ Mt. Holly’s 6th Annual Snowboard-Ski comp. Originally scheduled for Saturday but pushed back to Sunday due to power outage, the popular event proved to be worth the wait.

Ivey and 2012 Dalton Cruz, who captured the AGA Cup for snowboard put on an awesome display in front of the Mt. Holly crowd. Both Ivey and Cruz took home cash, AGA Cup replica and prizes.