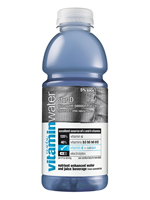 Posted at 16:14h in Uncategorized by Kurt AGA Nation
Share

Kicking off the series of web promotions, the “vitaminwater AGANATION.COM Online Open” debuts Friday April 29, at  Athletes are encouraged to submit their personalized videos for the chance to win.  Evaluation criteria and official rules can be found at AGANATION.COM.  Participants can go to the site to register and upload their video submissions and will be encouraged to promote their videos to family, friends and their legion of fans via Facebook, Twitter and more!  The video with the most votes will be selected winner.  Only action sports videos will be considered.

The 2011 vitaminwater/AGANATION.COM online partnership also includes the debut of the ‘stur-D/ Shred Redemption’ this summer. If you are a fan of the popular TOSH.O comedy show on Comedy Central, this promotion will showcase the ‘best/worst spill’ and the opportunity to ‘redeem’ themselves in a post-edit video that will debut at a ‘s ‘Extreme A Ween’ Halloween live event, Saturday, October 29 in Detroit.

Vitaminwater®’s new ‘stur-D’ the official beverage of the and AGANATION.COM, can be found not only at winter and summer events but retail stores everywhere.

Submit your videos at:  /Events/VitaminWaterAGANationcomOnlineOpen.aspx

The Adrenaline Games Alliance is a based sports entertainment firm creating original events as well as supporting premier action sports organizations and competitions. ‘The ’ seeks to enhance future development for athletes as well as emerging musical artists by hosting new events in venues of all sizes. Seeking to compliment the existing ‘extreme’ sports properties, the AGA looks to serve as a development system and authority for athletes of all ages and skill levels.